Megan McTavish and what she did to AMC 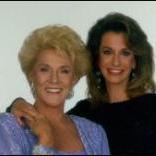