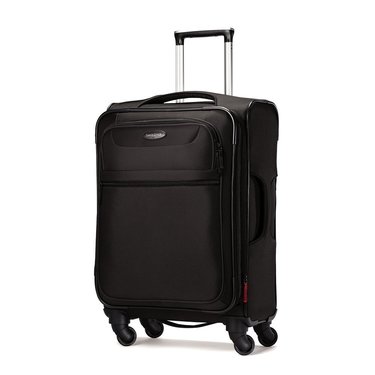 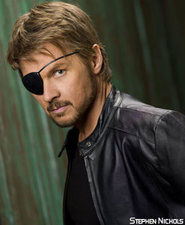 is getting home taking his bags out of his car.

He turns around to see Roman Brady 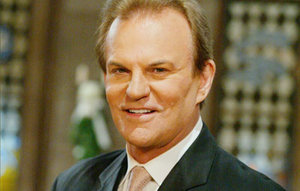 STEVE: Roman, what are you doing here?

ROMAN: The ISA sent me out to talk to you.

STEVE: Is this about the operation to find Bo?

ROMAN: I have some good news…

At the hospital, Angie 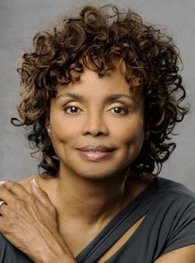 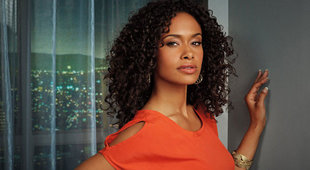 around in a wheel chair.

NATALIA: I probably could walk you know?

ANGIE: Leave that to the physical therapist. I just want to talk.

NATALIA: About my recovery?

NATALIA: I already feel much better than when I first woke up.

ANGIE: Maybe you will be super woman through this recovery then.

ANGIE: I also wanted to talk about your father.

NATALIA: Was he a wreck after I was shot?

ANGIE: Yes. Which was to be expected. He’s elated now though. I am very happy that you two are so close.

NATALIA: I think we keep each other grounded. Especially on the job. 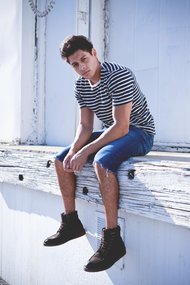 He takes out a wad of cash.

He flashes back to last night robbery:

Vin, Chavo and himself had to run off on foot and they all went separate ways.

GREG: I cannot believe those idiots pulled off a robbery.

He stashes the money in his underwear drawer.

GREG: I cant stash this here for long. God knows I cannot keep it in this house.

He closes the drawer.

GREG: I don’t even want it anyway. I feel very uncomfortable about what went down.

He sits on his bed and shakes his head.. 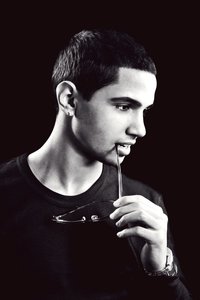 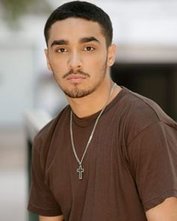 VIN: It sure was.

It gets silent and Chavo looks at Vin stare in the distance.

CHAVO: Um, I thought you of all people would be thrilled about what went down.

VIN: I am. We made a good chunk of cash. We almost have a thousand dollars each.

CHAVO: Then why do you seem unhappy?

VIN: It is that stupid girl!

VIN: Yes, she seems to have disappeared. I cannot get a hold of her and have no clue where she is. I want to try and make things up to her. She always forgives me and with this cash I know I can buy her something special.

CHAVO: I am sure she will come around. She could not have just up and disappeared.

VIN: She likes jewelry. I will get her some jewelry.

CHAVO: Maybe throw in some flowers too.

VIN: Good idea Chavo. That’s why I keep you around.

Vin takes out a picture from his wallet of he and Ali.

VIN: I wish she would just answer her phone!

He calls her and it goes straight to voice mail.

VIN: But she wont!

He crumbles the picture of the two of them in frustration.

Roman and Steve are inside the Johnson house:

STEVE: Please go into detail of this good news, dude.

ROMAN: The ISA sent a drone to check out some places around this city and on the outskirts of this city.

ROMAN: That would have been best case scenario, but what the drone was able to find is a house on the outskirts of town that seems newly built. The drone took pictures of the inside and it seems to be occupied, but nobody was seen around neither day nor night the two days the drone came around it.

STEVE: You really think this could be connected to Bo?

ROMAN: Yes because the very last time I spoke with Bo he had mentioned a house he was hoping to find more information on.

Steve looks over the pictures 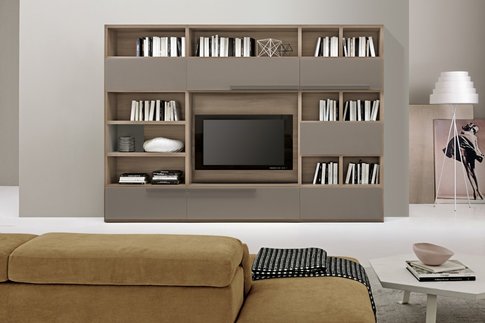 STEVE: I think you have something here! I just have that feeling you know?

ROMAN: I do hope this will lead us to my brother.

STEVE: We have to get in there quick and look around.

ROMAN: Me too, but we do have to get a warrant first.

Cut to Vin and Chavo

CHAVO: I think I am going to go spend some of this money.

Vin puts on his shades

CHAVO: Where are you off to? To buy that jewelry?

VIN: No, I am going to track down one of Alis friends. She will have to know where Ali is. 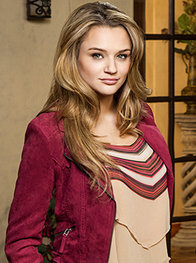 meanwhile is with Miss Cho 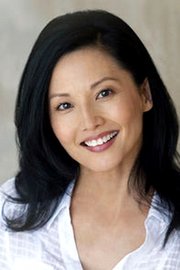 at the womens shelter.

MISS CHO: How are you holding up, Ali?

ALI: I am trying to get adjusted to being here.

MISS CHO: You are adjusting well.

ALI: You think so?

MISS CHO: Yes. First two days you wanted to just stay in your room alone, but today you ate breakfast with some of the other girls.

ALI: I was hungry.

MISS CHO: Regardless, I think it is a great first step.

MISS CHO: In a way this is isolation, but you can make some life long friends here you just have to let them in.

MISS CHO: Take your time. I just want you to be comfortable.

Greg is in his room.

He is laying on his bed staring at the ceiling.

He then hears his father yelling at his little brother

“The damn people in this house! Never listen. I should kick you all out!”

GREG: I wish he would.

“Dammit Cole, Just go to your room before I kick you all the way to it!”

GREG: I am sick of that man… 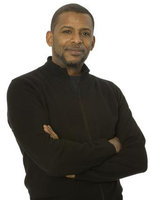 arrives at the hospital.

He goes to the room to see Angie there with Natalia.

Angie: You okay from your long night last night?

JESSE: I got a little bit of sleep.

NATALIA: What went down last night?

JESSE: There was a robbery but I don’t want you worrying about that right now.

NATALIA: I am still a cop.

NATALIA: How long until I can get back on the force?

JESSE: I hope you are joking and not in a hurry for that.

NATALIA: What do you think, Angie, how long until I am recovered enough for that?

ANGIE: That is hard to say and really up to the force.

JESSE: I am sorry Natalia, but you will not be continuing on as an officer.

arrives home and is happy to see Roman.

ROMAN: Good to see you sis.

KAYLA: What are you doing here?

STEVE: I need a favor Kayla. I need to talk to your co workers husband. The cop.

STEVE: About business. We need a warrant. Investigating a house.

Kayla looks at them both suspiciously.

KAYLA: Something is going on.

STEVE: I will hopefully be able to tell you more soon. I just need to get a warrant.

ROMAN: I’ll be in touch Kayla.

KAYLA: When you do, speak more please.

Roman exits and Kayla gives Steve a look of what is really up.

Outside of the house Roman goes to the window.

He gazes back in on Steve and Kayla…

Back at the shelter:

MISS CHO: Would you like to be in todays painting session. Could be good for your mind to get some peace.

ALI: How many girls will be there?

MISS CHO: Most of them.

MISS CHO: You cannot avoid all the girls forever.

ALI: I know I just need time. I am not use to having many friends because of Vin.

MISS CHO: He kept you away from them?

ALI: He tried to. I had a few but I didn’t see them often. Usually just talked on the phone.

MISS CHO: I understand, Ali. I just hope you will come around.

Vin Meanwhile has tracked down one of Ali’s friends.

VIN: Talk to me Willow.

WILLOW: I don’t know what you want me to say.

VIN: I want you to tell me where Ali is!

WILLOW: I told you I do not know.

Vin takes a step closer to her.

WILLOW: You are kind of scaring me.

VIN: I don’t want to scare you I just want to get ahold of Ali.

WILLOW: I’m sure you do want to get AHOLD of her, but I have not heard from her in a few days, like you.

VIN: Where would she go?

WILLOW: I do not know, but she was going to the hospital a lot.

VIN: The hospital? For what?

WILLOW: She was talking to some doctor there?

WILLOW: You’ll have to ask her. I have to go now.

She walks off quickly.

VIN: What the hell is Ali up to?

He clenches his fist.. 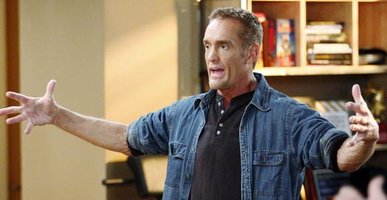 FATHER: I need you to dump the trash before you sit in your room being lazy like your deadbeat brother!

Greg seems to of had enough and gets off the bed and heads into the hall.

FATHER: You are really going to get in my face like this and raise your voice?

GREG: Who are you calling deadbeat? You are here bitching while mom is at work.

FATHER: How dare you? You will not disrespect me like this!

GREG: You gonna hit me? What else is new. Always taking your aggression out on this family. Well I am sick of it!

FATHER: What are you going to do about it?

They have a staredown.

He shoves Greg into the wall and walks downstairs.

NATALIA: You cannot keep me off of the force, dad?

JESSE: You need a lot of time to recover. Not only physically, but mentally.

NATALIA: I will be able to do that soon enough.

NATALIA: I just want my dad to know that I can make my own decisions.

JESSE: I am not trying to make the decision for you. I am looking out for you.

NATALIA: Whenever it is that I recover I plan on staying on the force no matter what!

Jesse is obviously upset to hear this.

*I do not own any non original character nor any pics