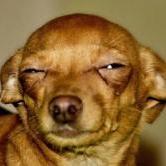 By FrenchBug82,
September 26 in Discuss The Soaps