Erica: I just don't know what to do, Bianca.

Erica: It was my dream, Bianca. But I just don't know anymore. Ever since Kendall's death, I just haven't been sure what I want anymore. Every time I have tried to follow my "dreams", something terrible happens. Just look at the last time. I lost Jackson to my selfishness, and Kendall lost her life.

(Erica begins crying. Bianca brings her mother a tissue and embraces her. After a moment, she pulls away)

Bianca: Kendall's death was not your fault, Mom. You can't blame yourself.

Erica: I know that. In my mind, I know that. JR was very ill when he pulled that trigger, and thankfully he is getting the help that he needs now. But in my heart....In my heart, Kendall died because of my selfishness.

Bianca: That's not true, Mom. Kendall's death was tragic, and we are all still trying to deal with that. But I've noticed the effect that being in Pine Valley has had on you since her death. This isn't where you are meant to be. Not now. You are getting another opportunity to go to Hollywood, Mom. To be a star.

(Erica stands and moves towards the fireplace, looking at a picture of Kendall)

Erica: But I AM a star, Bianca. Ever since Kendall's death, my name has been all over the headlines again. "ERICA KANE FORCED TO WATCH AS HER DAUGHTER IS MURDERED!" they say. The country has rallied behind me. I'm a superstar. But everyday, I have to deal with the fact that it's at the expense of my own daughter's life.

(Bianca moves towards her mother)

Bianca: I can only imagine how hard that is for you, Mom. But I just think this is a sign. It's an opportunity for you to be happy, and Kendall would want that. They want you to host a talk show, and we all know you're fabulous at that. This is your opportunity to reach Hollywood & Vine, Mom. And no matter how much we'll miss you, you need to go, you need to do this for yourself. You always taught me to follow my dreams, and now it's time for you to follow yours. You're Erica Kane for God's sake!

(Erica smiles and wipes the tears from her eyes)

Erica: You're right. Kendall would want this for me. I AM Erica Kane, after all! Thank you so much, darling. Now if you'll excuse me, I'm going to go call the production company and let them know that I'm in. Hollywood & Vine, here I come!

(Walking into the empty restaurant)

Blair: I'm sorry call you on such short notice, Jacqueline.

Jacqueline: It's no problem girl, but frankly I was a little bit surprised to hear from you at all.

Blair: I know I said I wasn't going to be moving here after all, but I decided I couldn't pass up the opportunity.

Jacqueline: Well you can count on me, the best real estate agent Heaven's Meadow's got to offer, to make sure this venture goes as smoothly as possible. But I have to ask. What about the man you had mentioned? Is he coming, too?

Blair: Tomas? No, that relationship ended before it began, really. I just couldn't commit to another serious relationship, not with my recent track record. I needed to start over somewhere new.

Jacqueline: And your children?

Blair: My oldest, Starr is living on her own in New York , and my son Jack is away at a boarding school. It broke my heart to send him away from me, but it's what's best for him. Only my youngest, Sam, will be making the move with me.

(Blair walks to the other side of the empty restaurant)

Blair: I can't tell you how excited I am to open my club here, Jacqueline. Thank you for finding me such a perfect location.

Jacqueline: I have to warn you, Blair, it isn't going to come cheap. The space already has another prospective buyer.

(They hear heels clicking behind them. They turn and see a woman standing in the doorway.)

(Blair stands silently in shock as she comes face to face with someone from her past for the first time in years.) 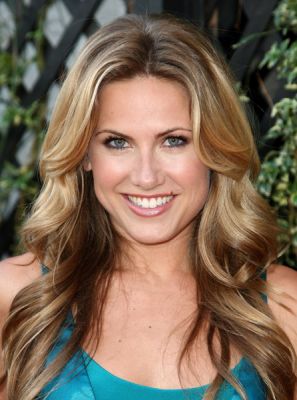 (In the studio where Hayley's talk show "WAVE" is filmed)

Lucas: She's in. Erica Kane is your new co-host. And she has no idea.

Hayley: That's great! But, I just don't understand why it has to be so secretive. Erica Kane is a very strong, independent woman. She won't like being tricked.

Lucas: Erica Kane doesn't share the spotlight, either. If I had called her and said we wanted her to co-host an already in production talk show? She would have hung up before I could even finish my sentence. But now we've got her here. She's coming to New Hampshire tomorrow to fill out the paper work, and we'll ease her into it. She'll come around.

Lucas: Exactly. But she'll come around, once we've got her in person. Especially since it's you that she'll be working with. You were her step daughter once upon a time, after all.

Hayley: I sure hope so. But for now, I'll just have to trust you...And I do. You've been so wonderful to me since Mateo disappeared. I don't know what I would do without you.

(The two embrace, as Hayley's assistant Brianna eavesdrops nearby. Brianna takes a cellphone from her pocket and dials. She holds the phone up to her ear.)

Brianna: Everything is falling into place, just as planned. Erica will be here any day now, and you'll have her right where you want her.

(Outside of the empty restaurant, Jacqueline answers her cell phone)

Jacqueline: Well hello, Ms. Rappaport. I didn't think I'd be hearing from you again.

Bianca: Well, how did it go? When do you leave for Hollywood?

Erica: I'm not going to Hollywood. 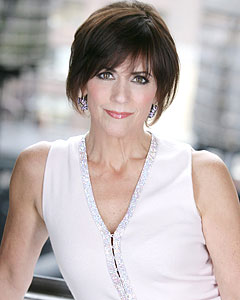 (Inside the offices of "The Chat" - A national magazine)

Viki: Oh, Clint. I'm so glad you convinced me to do this. It's going to be such an adventure, turning 'The Chat' into 'The Banner'. Imagine...The Banner, a national magazine! In all the years I ran that newspaper in Llanview, I never dreamed of doing something like this.

Clint: As long as we are together, any adventure is worth it. I know how hard it was for you to leave Llanview. It was hard for me, too. But after our wedding, this just felt...right.

(Anjelica and Brandon enter the room)

Anjelica: You must be the our new owner. And what an honor it is to meet you. Allow me to introduce myself! I'm Anjelica King, your editor in chief.

Viki: It is a pleasure to finally meet you, as well. I very much look forward to working with you. And who might you be?

Brandon: I'm Brandon Mayweather, Chief Photographer here at The Chat, or should I say, The Banner? It's a pleasure to meet you.

Brandon: Please, allow me to show you and your husband around.

(Brandon, Viki and Clint exit. Anjelica removes a phone from her purse and dials. She holds the phone to her ear.)

Anjelica: Well hello, Tina. I just had the pleasure of meeting your sister.

Thank you all for reading! The drama heats up tomorrow on an ALL NEW Heaven's Meadow.

Please comment and let me know what you think!