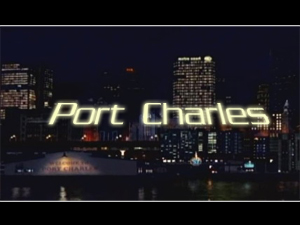 Jump In to Port Charles #1

The "Jump In" articles that we'll be posting will help viewers who haven't followed General Hospital/Port Charles very closely. These articles will update you on storylines told over the past year and help you further understand our stories.

Maxie – Has undergone a complete personality shift ever since Jesse Beaudry left town. Originally, she grieved for the relationship that ended due to career motivation, but then began to internalize her feelings and taking her anger out on those around her. Maxie began to target Dillon after she noticed some sparks between him and Lucas, taunting Dillon whenever she could, placing seeds of doubt to Georgie regarding their relationship. Eventually Dillon and Georgie broke up; Maxie swore revenge. Maxie decided to expose Dillon's feelings for Lucas at a college party. At the party, Maxie drugged Lucas & Dillon's drinks, hoping that the sparks would fly and they did. Only it didn't work out quite like she had hoped. Lucas' boyfriend Brandon walked in as Lucas & Dillon were about to have sex, devastated he took off. Lucas ran behind him. Brandon was killed by a hit and run (a drunken Bobbie). Maxie has hid her involvement in the events leading up to the accident.

Lulu- Lulu has played the dutiful supportive cousin to Lucas and Carly. She hasn't really had her own story since the debut of the fan fic, but is extremely close to Carly & Lucas. She has feelings for Dillon, but respects their friendship too much to try dating. Lulu currently works for Deception Cosmetics as Carly's assistant.

Diego- Diego returned from prison (after being charged for stalking and drugging girls on campus) very depressed and alone. He felt ostracized by the friends he used to have. Lorenzo noticed his son going deeper and deeper into himself, and tried getting him into therapy. It seemed to work, but Diego didn't want to feel like a burden on his father anymore. The young man packed his things and left town, leaving a note for his father, letting him know that he'll be ok.

Dillon- Dillon was there for Lucas after he came out of the closet. He faced opposition from his mother regarding his friendship with him. Dillon eventually began to care a great deal for Lucas and the courage he exhibited on a daily basis by being his true self. His feelings for Lucas didn't go unnoticed as Maxie began to pick up on some vibes. Dillon fought his growing romantic attraction to Lucas, though he was jealous of the relationship between Lucas & Brandon. Dillon was drugged by Maxie which lowered his inhibitions and he made a move on Lucas. Lucas' boyfriend saw the two together and ran out, being killed by a hit and run. Lucas blames Dillon for what happened and his broken off his friendship with him. Dillon and Maxie have become close since the accident.

Georgie- Georgie was written off the show in the spring of 2007.