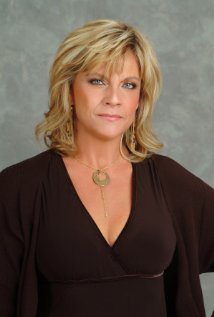 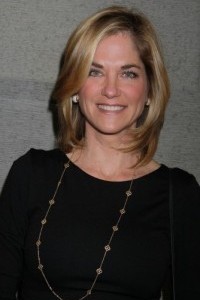 looks on at the tension filled stare down slightly embarrassed.

BLAIR: I believe that is what I said without stuttering, yes.

REVA: Can you believe this chick Joshua?

JOSH: Reva, we can just park next to the Snyders. It’s not a big deal.

REVA: I just don’t like a b*tch being a b*tch for no reason!

BLAIR: --Get off my property before I call the police for harassment!

Josh grabs Reva by the arm and yanks her to the car.

They get inside the car.

JOSH: That was not the turn I saw this day going.

REVA: That’s one thing I miss about Springfield. Nobody in this town knows who I am. I’m Reva Shayne Lewis! 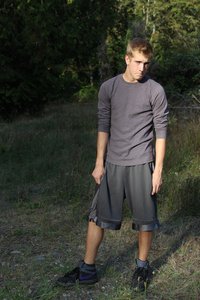 meanwhile comes outside and approaches his mom.

SAM: Is everything okay?

Josh parks the car in front of the Davis household.

Cut to inside the Davis house. 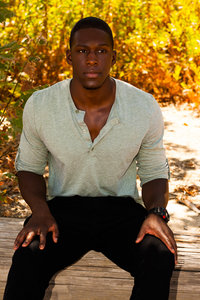 is having it out with his younger teenage sister Trinity 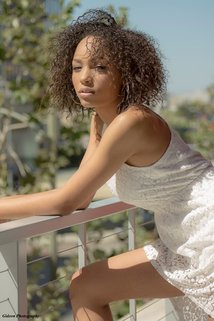 She is dressed in tight and revealing clothing.

MALIK: You are not going to wear that out to the store.

TRINITY: And why not?

MALIK: You can’t be showin’ ass at the grocery store.

TRINITY: I am not showing ass.

MALIK: Basically. If your little sis saw you in that. No. She’d get too many ideas for the future.

TRINITY: I don’t know why you’re complaining. You drool over girls with tight clothes on. I seen it.

MALIK: And that’s exactly why I don’t want you wearing it. You’re 16! Nobody needs to be drooling.

TRINITY: Practically 17, but Ill change. Not because of your preachin’ but were starting to sound like the new neighbors across the street who woke up the whole neighborhood earlier.

MALIK: Fine by me.

At the Union Creek Chronicle: 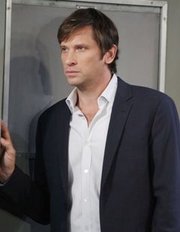 shakes the hands of 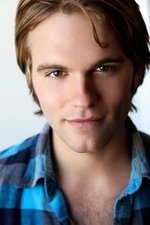 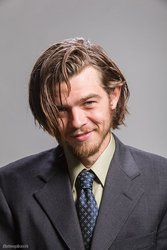 LUKE: So you are our new boss?

TODD: Todd Manning, at your service.

GARY: So the deal is already final?

TODD: Well I don’t think it’s quite final but it should be today. My attorney will be here any moment now.

LUKE: I look forward to seeing what you bring to the table.

TODD: I think I should be the one telling you that. 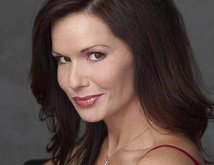 TODD: There she is. She’s good boys.

TEA: Not good enough. We have a problem.

The smile fades from Todds face.

Cut to the mystery man 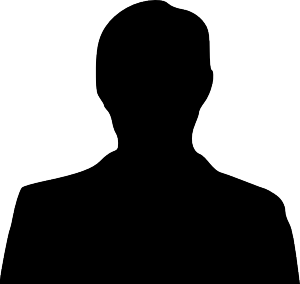 He has broken out of the room he was tied up in.

He looks around to see that he is in what looks like a normal home.

The camera acts as the man’s eyes as he sees A normal house set up. 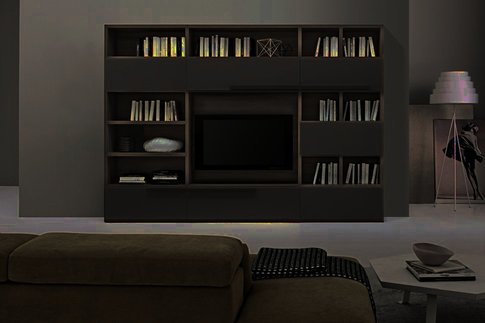 He limps his way out of the front door…

have finished their meeting.

LILY: This is going so smooth

LILY: Well don’t say that and jinx something.

MARAH: We already have a building bought. All that is left to do is move in.

LILY: Chic Spirit designs will be off and running before you know it!

JOSH: I am thrilled for you guys!

MARAH: We should get going.

REVA: Before I go can I just mention your neighbor.

LILY: The one across the street? She just moved in today.

REVA: Well for lack of better words…she’s kind of a b*tch.

JOSH: She never does.

HOLDEN: That whole family seemed off though.

LILY: They did. They were loud and dramatic. They remind of the Ryan Family I knew back in Oakdale.

REVA: Well I wish they wouldn’t have moved here.

LILY: I’m starting to already wish they didn’t move next to us.

TEA: Probably shouldn’t talk about this in public.

TODD: We’ll go chat in one of these offices.

LUKE: You probably shouldn’t go in there if the contract didn’t go through and you’re not the owner.

TODD: Oh, can it! Don’t you have a fluff piece to write or something?

Todd and Tea enter the office and close the door.

LUKE: Well that was rude.

GARY: You probably should go work on your story for tomorrow.

Luke goes and sits down, but he watches as Gary puts his ear next to the door Todd and Tea are in.

TODD: What the hell is going on?

TEA: I found a mess up and it’s on your part. Did you read the contract?

TEA: Yes, sent it to me the day before it’s about to go through. My life does not and will not revolve around you Todd.

TEA: While doing my job I saw that you did not read the fine print.

He yanks the contracts out of her hand.

Just then Gary walks in.

TODD: Get out. This is a private discussion Perry.

GARY: Um, it’s Gary and I came in because I know exactly what the problem is…

Cut to the mystery man…

The house he was in is all by itself and right down a hill.

He looks up at the hill.

MYSTERY MAN: How am I going to do this?

The man tries his best to start limping up the hill…

Trinity arrives back to the Davis household from the grocery store.

She starts to get bags out of the back seat.

Sam sees her from across the street and decides to approach her.

SAM: Hi there. Need some help?

TRINITY: Hello. No thank you. I can get it

TRINITY: One of the new neighbors?

SAM: Yeah, I hope my mom and Todd didn’t make too much of a scene.

SAM: It’s okay I know they did. They’re loud.

TRINITY: It’s okay my parents can be too.

Silence ensues after that…

TRINITY: Well I better bring these in. My arms are getting tired. See you around.

SAM: Yeah, See you around.

The Mystery man has managed to make it all the way over the hill.

He is right into entering the city now.

However his weakened state is getting worse and so is his walking.

MYSTERY MAN: Come on legs. I know you haven’t been getting a lot of exercise lately but come on!

He keeps limping along best he can.

Inside the office at the Chronicle

TODD: What do you know?

GARY: Well it’s like this. I was the right hand man to the old owner. I know he had a clause in that contract.

TEA: You know about the wishes for some kind of investigation?

GARY: Yes. In order to fully and completely own the paper you must complete one last investigation for this paper that the old boss wants done.

TODD: And what would that be?

GARY: You must find a document that a Mr or Mrs X has. It is highly important, that document.

TODD: Mr or Mrs X? and what kind of document?

GARY: That is as much as I know right now.

TEA: I am not clear on this either.

TODD: You’re being as vague as your personality, Perry.

GARY: That is all the info I have at this moment.

TODD: So I must look for some random document that could be anywhere in the entire world? That’s not a needle in a haystack at all.

GARY: I am sure I will find more information in time.

TODD: This is just stupid. Maybe I won’t buy the paper after all.

GARY: It’s too late. You already signed the contract and it has been filed. You are now at least signed on for 90 days. If you wish to complete the buying process you will just do this for the old boss.

TODD: This is asinine. Is this true Tea?

Todd is quite pissy by all of this…